This is the second part of the series for purchasing a new 3D printer.  If you missed the first part, go here.  This is the list of common printers with my impressions and opinions on the different printers out there.

For the Wargame enthusiast, there are a number of great printers on the market.  Depending on how you answered the questions above, there is probably a printer that is right for you.  I’ll list the Terrain  printers first, by price, from lowest to highest, and put some tags following them with other details to help answer your 5 questions.  Please not this is NOT an exhaustive list, and  I will provide affiliate links to stores if you happen to choose a printer to buy.  These help support the site, but in no way cost you more money.

There are further notes at the end of this article, but it was written because this is the #1 question I see coming from people interested in getting into 3D Terrain Printing.  Here is a list of printers that you should look at, based on your specific needs.  Once you narrow it down to a couple of printers, look online (Reddit, Facebook, Thingiverse) at the communities that support these printers.

(Please note, I  mention the printer, where you can purchase it, a quick breakdown of what kind of printer it is, based on the questions above, my thoughts on the printer, and then links to reputable community resources to get a 2nd or even 3rd opinion)

There you have it.  A very non-exhaustive list full of my personal opinions on these printers.  Out of all of these printers listed, I only own two of them, but I do follow pretty closely a large number of them and there is a large maker community that produces content about the printers that I also read and watch.  This entire list is based off of my opinion and I am sure that there will be a lot of dissenting opinions.  I tried to back up my opinions with links to content creators I personally trust.

I tried to pick the lowest cost / best value links.  As an example in the FLSUN links, I pointed to the linear Rail versions since they are higher quality.  If money is more of a concern, some of these printers have a “cheaper” version available that have corners cut to reduce the price.  For a first printer, I would recommend either an i3 clone kit, or a pre built printer.  (Or, mostly built printer, like the CR-10s)  Also, be aware, I am a bit biased towards Tevo.  I believe they have a good product and like that the owner is active in the community.  On the East 3D Geko side, that is the reason I was so interested in that printer, because of the involvement of the company owner. This is also why I attempted to find reputable reviews by others on the printers I recommend in this guide.  If you have any constructive comments or questions, please leave them below or contact me directly.  My printer was purchased to print 3D terrain and Dungeon tiles, primarily, and is also the genesis of this site’s growth in the coverage of those topics.

After you order your printer, check out the resources in the directory for terrain models, miniatures models and more.  It contains links to the modeler’s sites themselves as well as my curated collection on Thingiverse.  I’ve also talked about other things needed for FDM printers and a similar guide for Resin based Printers. There are also other guides, like setting up Octoprint on a Raspberry Pi (which I highly recommend).  I also talk about slicing and getting your first print job done on your printer.   Have a look around at the other articles I have posted. 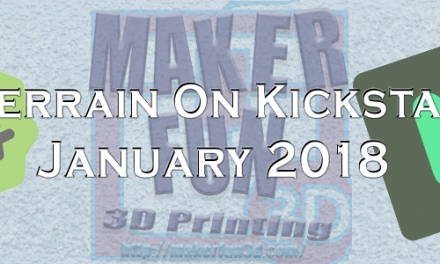 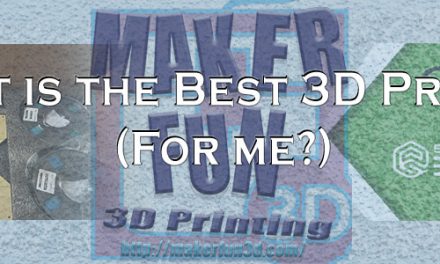 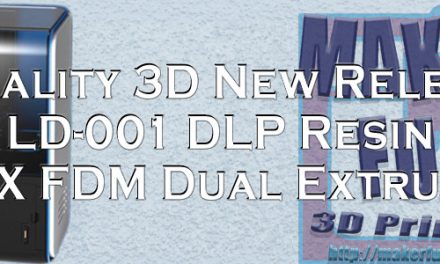 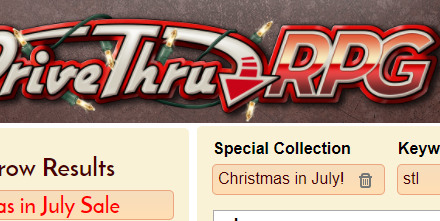 Final Day of Xmas in July!