One of the great things about our 3D printers, is the 3D terrain we can create.  This is one of the primary reasons I purchased a 3D printer.  But, we need files to print.  Without high-quality files with which to print, the printers are kind of useless.  It seems that Kickstarter is one of the primary ways to get one’s name out there, and right now our 3D terrain enthusiast community has 5 Kickstarters so far in September.  I’m going to be listing then by the time left in their campaigns.  If I missed any, please let me know.  You can find these companies and more in our 3D Terrain directory.  Check out last month’s Kickstarters. Check out NEXT month’s Kickstarters. This kickstarter has 9 days to go.  It just got its first backer as I am typing this. This is a great set for those that will be needing Starship decks for Starfinder and other sci-fi games.  These look pretty beefy and well detailed.  This may also work well for some corridor combat for Star Wars Legion, but we will need to see those rules first.

2nd Dynasty in the Directory There are 14 days to go on this kickstarter.  It is all about terrain tiles, that are double sided.  They use their own clipping mechanism and add a new feature to terrain tiles, by making them double sided.  Ill gotten Games is extremely prolific with their high quality 3D Printed terrain.

Ill Gotten Games in the Directory This Kickstarter has 26 days left.  In it, the author has come up with 11 spaceship designs to be used in your games.  The project is funded, and now there are stretch goals to unlock for those that pledge at the highest tier.

Project Mobius in the Directory There are currently 28 days left on this Kickstarter.  This really has it all.  Miniatures to print, scatter terrain for a fantasy table.  Dungeon tiles for a role playing game and tons of fun traps.  PLUS, even sci-fi tiles and terrain.  This really does run the gamut.  With the recently released Dragonlock to OpenLOCK clips, you can even combine far more tiles together than ever before.  If you have been waiting for a fairly definitive collection of terrain across genres and types, this is the Kickstarter for you.  They also have add-ons for previous Kickstarters.

Fat Dragon Games in the Directory This Kickstarter was canceled.  They decided to split Stout Hearted Heroes and Tilescape into two future Kickstarters.  Expect it to resume soon. This is another massive Kickstarter that includes a huge selection of miniatures, terrain tiles and other terrain additions.  This one you really have to see to believe.  They even include a sample miniature to download and try, the Gypsy.  (I wish more Kickstarters would do this, include a sample at the beginning to check out).

Rocket Pig Games in the Directory

Kickstarters that have finished this month. Here is another Kickstarter from the prolific Printable Scenery people.  It has finished.  This has a certain Grimdark future look to it.  It will be interesting to see where this Kickstarter goes.  I’m thinking this could be awesome scenery for a certain underhive game that is coming out soon.  In just over an hour, this campaign has crushed 7 stretch goals, in the few hours it has been live. There are 12 hours to go for this Kickstarter.  If you are looking for terrain for the French Indian War or American Civil War, this historic Kickstarter is for you.  This one is scaled at 20/22mm but can be scaled up or down for your 15mm or 28mm needs.  They are already close to unlocking all stretch goals through Fort William Henry.  Log cabins and other historic buildings are in abundance on this Kickstarter.

3D Print Terrain in the Directory. This Kickstarter is over.  This one has a number of tiles for different sci-fi settings.  From Mining Facility, to Medical Bay, to Cargo Bay.  All of these also include accessories that would fit into the buildings you are creating.  If I am not mistaken, these are multi-level buildings as well.  I do like the simplicity of this Kickstarter.  If it funds, you get this.  Plus, there are tiers for getting in on their previous campaign or both of their previous campaigns.  It looks like the stretch goals have been met on this one.

Hayland Terrain in the Directory.

You can continue to order the Kickstarter via Backerkit. This Kickstarter has ended.  This is an interesting sci-fi bundle that has 4 “pieces”.  The first, is thorns and biomass.  These are additional pieces to go on to terrain.  Next, is sci-fi dungeon tiles.  Next are bridge, ramps, and crate.  Finally, there is a sci-fi tower.  This kickstarter has a bunch of diversity giving you a wide swath of items to work with.  This one has already crushed several stretch goals and seems to be going strong.

Worlds Over Run in the Directory. This Kickstarter has finished, and this campaign is all about the ships.  There are 7 designs that represent historical ships from around the world.  There are a few stretch goals that work well for this, to populate your ships as well.  The quick prints look decent and i think these models would look good on a gaming table.  There have been 6 stretch goals unlocked on this one. This kickstarter has ended. This Kickstarter is a somewhat “simple” Kickstarter in that it really has two goals.  A Mayan Ziggurat and Egyptian Pyramid.  There is more to it, with the Mayan set you can mix and match walls.  One thing I really like about this particular KS, is that it uses a 1.25″ space design.  That is what I use for my dungeon tiles.  He shows some different possibilities where you can mix and match.  Where things get interesting, is the dungeon tiles he will make.  From the Pyramid to many other tiles.  It is a pretty impressive and diverse set.  So far, 5 stretch goals have been unlocked.

Dunkley Designs in the Directory.

What if I don’t have a 3D Printer for this Kickstarter terrain?

For those of you in this boat, I created a guide on how to get prints done if you don’t own one, plus a selection of printers that would be great for this kind of work. 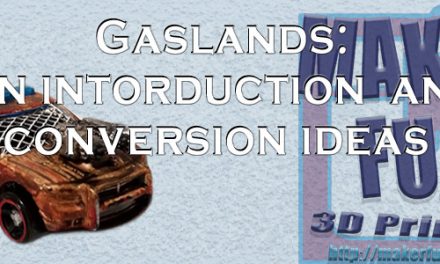 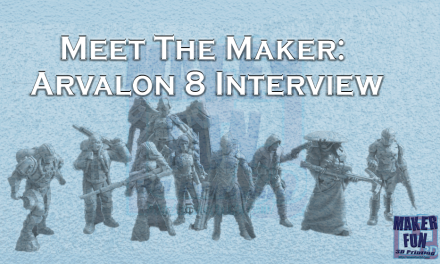