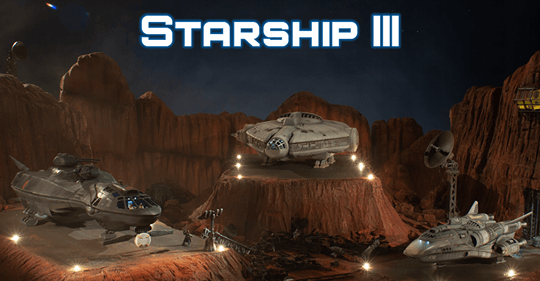 Ben Mowbray from 2nd Dynasty is known for his 3D Printable Tilesets for Sci-Fi based games.  This latest Kickstarter, Starship III, takes the concept and puts them into pre-created ships that quite honestly, look awesome.  If you have been looking for ships for your Sci-Fi game that can give a 3D rendition of the outside and inside of your ships, this Kickstarter is for you.

He’s started with 3 great looking ships that then have a number of modifications that can be upgraded or modified to have further uses.  I’ll admit, I have been looking forward to printing these for some Starfinder Games myself.  While I picked up Starship Alpha previously from 2nd Dynasty, I am taking advantage of this Kickstarter to get all the previous ones, myself.

I play a lot of D&D at the moment, but have a long history with Star Wars and Traveller when it comes to the science fiction.

I got my first printer, a Flashforge Creator Pro at the start of 2017, and started testing out terrain around the same time.

My preferred printer is a Prusa i3 Mk3, which is quiet and makes fantastic prints. I also have two Flashforge printers and a few SLA printers I haven’t tested yet.

People care about quality. It’s worth it to take the time to make cool stuff, do a great pitch video, and more than anything – they want to see how it prints. I can make renders out the wahzoo, but there is nothing like seeing the end product as done on a consumer printer.

All the ships have been designed by me (Ben Mowbray) from scratch. The layouts were made from new and existing tiles from my earlier Kickstarters, but the exterior was built from pen and paper sketches. The scout ship took around 6 weeks, the scout ship 3 months, and the transport around 2 months. My inspirations are 80s sci-fi movies and sci-fi anime.

Printable Scenery did the job. I saw their stuff, and was inspired to make my own terrain, and ended up using their OpenLOCK open license. My first model was a tent from thingiverse. The first one I really designed successfully was a large, evil tree to use as Wintersplinter, from the D&D campaign, Curse of Strahd.

The scout ship is purely my favoured design aesthetic, and the most of me is in it – strong influences from Kazutaka Miyatake, who did the ship/mecha design in early Yamato, Macross and Gunbuster. I love the WW2 ships in space idea, even if it is silly.

Kind of since the last campaign, as the Shuttle and Scout Ship started in simpler forms there, and that’s what inspired me to do the campaign with full ships. So, more than six months I would say.

I start with a sketch and a few ideas. I try to think logically – what powers the ship, how does it manoeuvre (which is why the scout and shuttle have RTS, but the transport only has main engines – it has repulsor tech). For me, functionality is important, so it needs to have logical components.

Autodesk Maya is used to model the ships. They are hand-made, or rather, polygon modeled rather than sculpted. It’s a longer process, but better for metallic objects like ships where you want a more precise control over the shape. When they are ready for export, I use Simplify 3D to test print, but occasionally employ meshmixer to fix a few holes that I missed. There is a bit of trial and error, but a lot of consideration goes into optimal printing, etc.

It kind of grew out of the last Kickstarter, plus I have been designing ships since I was ten or so, ever since I first played Buck Rogers: Countdown to Doomsday on my 286. It was a bit of an experiment, but very satisfying. I fell in love with the idea of making spaceships for a living, since I have been doing it as a hobby all these years. Looks like dreams can come true!

I love the game traveller, but if I am honest, not so much the ship aesthetics, so I liked the idea of spicing up the genre with my own aesthetics. We ended our last campaign a while back, but if I know anything, it’s that we will be back to it again! I played a ton of Star Wars Saga Edition, the ships would have been perfect for that game, but other than that, I might give Starfinder a go, or more likely Dark Matter, which was a Kickstarted version of 5e in space. 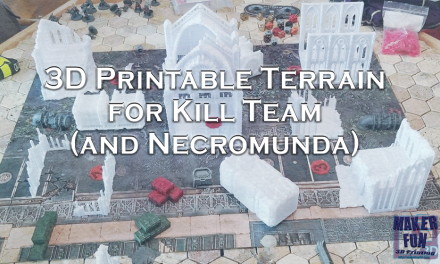 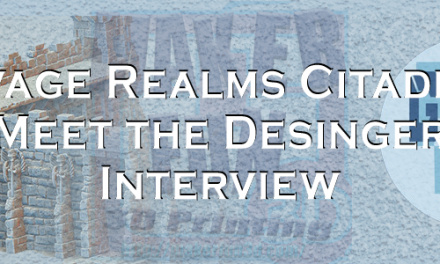