This is my 2nd lot of filament provided by Emvio Engineering, and again, the Emvio PLA-MT Matte Black filament does not disappoint! Nicely packaged, as before with the Carbloaded PETG I reviewed before – Check it out here! Unfortunately, on this occasion there was no re-sealable bag! Not a massive issue, but I was expecting the same as last time. Perhaps other filaments are more with standing to the elements? Who knows…

I currently have setup a CR10S with the Micro Swiss All Metal Hotend and an Ender 3. I decided to try this filament on both printers to see what differences there would be. Temperature advised for the Emvio PLA-MT Matte Black filament is between 195 – 220. On the CR10S I printed at 215 with a 60 bed, pretty much the norm with PLA, albeit slightly hotter than normal due to the all metal hotend.

The typical Benchy was my first print with this using the all metal hotend on the CR10S, and as suspected researching this, there was a bit of stringing. The bit you see sticking out by the chimney was due to having Octolapse enabled, but nothing major there! Other than that, the layer lines were smooth and good detail. I never knew at the back it says “#3DBenchy“! 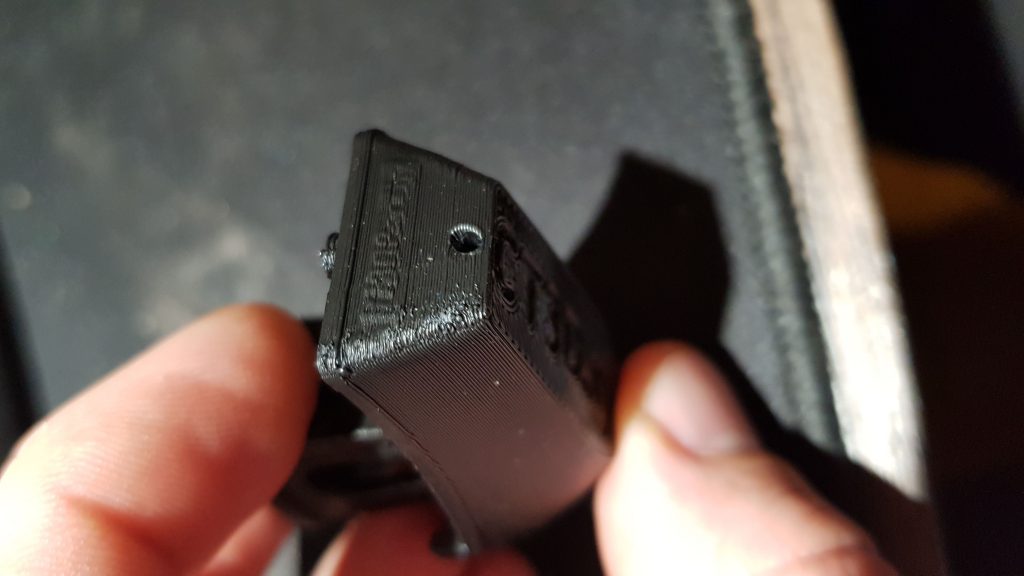 I wanted to do something on a bigger scale, which is why I decided upon the The Nightmare Before Christmas – Diorama. This would be using my Ender 3 with the stock extruder so I reduced my temp to around 205 and let it print. (Ironic I know printing something bigger on a smaller printer lol) Here it is… 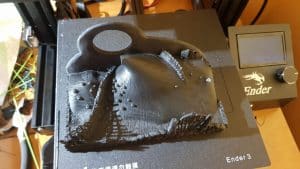 This printed mostly well…I had some extrusion issues it appears, so could have been down to a clog or trapped filament (At the back under the circle for the moon). Quite a bit of stringing on some parts of the fence/gates but nothing a blast of heat can’t fix.

The detail on this is extremely nice, especially the brickwork. If I was to print with a reduced layer height (This was printed at 0.2) there is no doubt this would have come out much better! I still have a few bits to print to finish this off, so I will update when I get round to this!

What is my opinion overall on the Emvio PLA-MT Matte Black filament? There is more positive than negative for this. Its a nice matte black colour, its also pretty strong! Pricewise, £25 for a 500g roll? (Reduced from £32) It may seem a lot, but you are paying for a quality filament.

For me, I do need to dial in my settings more to try and get a flawless finish, but happy with what has been produced with it so far. As with all 3D printing filaments, everyones results will vary, so don’t be afraid to give this one a go! You can purchase the Emvio PLA-MT Matte Black filament here – Clicky!

Check out The BIG build by ManCave UK! Not to be missed!