The Anycubic Kossel Plus is the latest 3D printer I have to test from Gearbest.  This is the upgraded version with linear rails instead of pulleys and features automatic bed leveling.

Anycubic even has build videos they have recorded, showing how to build this printer, which I imagine will be a big help with this build.

I’m actually pretty excited to get this together and running.  The delta design is something that has been on my list for a while.

I want to point one thing out.  This thing comes with GOOD tools.  I’ve put together several 3D Printers now, an I think this delta came with the highest quality parts.  Even the scraper was a bit higher quality, but the hex wrenches had ball ends (which I prefer to the straight ones).  And, it came with a FULL roll of filament.  Not some 1/4 or less roll that most seem to come with.  The parts kits all seemed to have at least one extra piece as well, giving me some spares.  This is extremely nice on a more inexpensive printer.

This was printed at 100mm/s on both outer shell and in-fill.

The printer went together pretty well.  I was very careful with the linear rails to keep them for sliding off the ends.  The pieces and parts went together well.  I still need to confirm the entire structure is square, but it seems pretty solid.

The instructions are decent, but it doesn’t really talk about the base, at all.  Watching the video in the above link, the bed comes pre-assembled.  I believe the bed just lays in there.

I did have some troubles with the limit switches (and how to run the wires underneath… and for the furthest cable to reach the board.  There are also adjustment bolts at the top.  This video helped explain how that all works.  I was able to home the printer and get it to auto-level.  Next step, do a test print.

So, one very valuable lesson: Make sure you plug your extruder motor in the proper place.  It seems if you plug the extruder into one of the spots the board expects movement… your filament never gets fed properly.

Another tidbit, if you are printing in the air (several inches), restart the leveling process.  Your numbers didn’t store properly.

UPDATE – 2/7/2018 : I just wanted to toss out an update before I actually review this printer.  I want to say, I really do love this printer.  This is the first printer I have had auto bed leveling on.  Holy cow, that is a game changer.  It is so simple… especially when you understand it better.  This printer just prints well, and FAST.  This has quickly become one of my go-to printers, and one of my favorites.  It is just awesome to watch print.  If you are on the fence, especially if this is a 2nd or later printer, don’t be.  This printer is great.

I talk about delta style printers in my 3D printer buying guide. 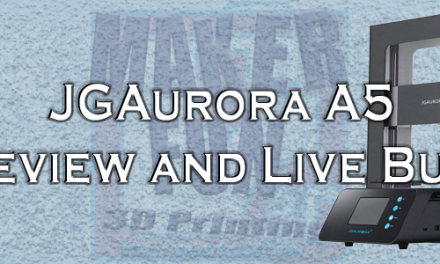 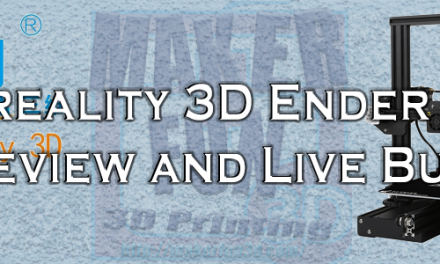 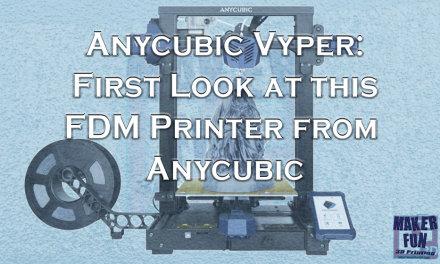