One of the great things about our 3D printers, is the 3D terrain we can create.  This is one of the primary reasons I purchased a 3D printer.  Without high-quality files with which to print, the printers are kind of useless.   I’m going to be listing the Kickstarters by the time left in their campaigns.  If I missed any, please let me know.  You can find these companies and more in our 3D Terrain directory.  Check out last month’s Kickstarters. Next Month’s Kickstarters.

Note: FINISHED Kickstarters are at the bottom of the list. This Kickstarter has 7 days to go.  This is Hayland Terrain’s 4th 3D printable terrain Kickstarter.  It features tiles and terrain that is fitting for a post-apocalyptic setting, or other heavy industrial setting.  By default, there are 3 themes: Two styles of buildings and a General Store.  There are also a few cars and stacks of tires to use as scatter terrain.  There are stretch goals for additional locations and add-ons that include files from his previous kickstarters.

Hayland Terrain in the Directory

WOW Buildings in the Directory This Kickstarter will fund in 15 days.  Here is another interesting Kickstarter that allows you to add a fog machine to your gaming board.  You have to purchase the hardware and the Kickstarter gives you the STL files for all of the parts needed to put it together. There are 16 days to go for this Kickstarter.  This one, as the title says, features 28mm Sci-Fi terrain.  It features a number of buildings and other terrain that can be printed to create a pretty extensive gaming table.  He’s done other Kickstarters before, and this is the 3rd one.  Two things set this terrain set apart.  One, is it’s simplicity.  The buildings are fairly simple, and that in my eyes is a good thing.  Fewer problems printing, and they look very clean.  They remind of me of a pre-fab colony building set.  And, it is relatively inexpensive at the highest tier being $25, compared to many recent Kickstarters.

Rocketship Games in the Directory This Kickstarter has 16 days to go.  This is a miniatures focused Kickstarter featuring a number of tanks from history as well as Sci-Fi. Unlike the “Miniatures” other Kickstarters go for, these are tank “Kits”.  You get all the parts to print and build a larger sized tank.  Have a look at the Kickstarter to see a number of these kits professionally painted, to see how the finished product can look.

3D Wargaming in the Directory This Kickstarter has 53 days to go.  This Castle Project is all about creating a modular castle.  There are two “sets” with this one.  The basic/Classic set and a the Advanced set giving you a lot more new options.  This is a 28mm castle.  It’s already blown past its pledge goal.

NEFAST Collection in the Directory

Kickstarters that have finished this month. This Kickstarter has Finished.  Their previous Kickstarter was successful, but there were complaints about Stout Hearted Heroes and their Terrain Tiles being tied together in the same Kickstarter.  Rocket Pig Games made the decision to cancel that Kickstarter and start new, based on the recommendation and reactions by their customers.  These Miniatures are made to print well on a FDM Printer.  Expect their Tiles Kickstarter to come later.

Rocket Pig Games in the Directory This Kickstarter has Finished. This is a very interesting take on the “3D Printed Terrain” idea.  Instead of just 3D terrain, Necroplex they call a “Tabletop Terrain Construction Kit”.  You use conventional terrain materials like foam core board, wooden dowels and other items conventionally used to make terrain.  The Necroplex blocks then attach to the foam core and other materials to give you the industrial look in less time since you don’t have to print the entire piece, just the edges.  This may be an ideal way to optimize your spending by buying cheap hobby supplies and couple that with cool looking 3D printed pieces. This Kickstarter has Finished.  This is another one that is all about the ships.  It’s already funded and is going strong.  While his last one covered more historical ships, this one brings ships and boats from more modern times as well as the historical ships.  They have unlocked 5 stretch goals and are just about ready to unlock the final one, #6.

Eslo Terrain in the directory This Kickstarter has finished.  This one features a number of houses and buildings from the WWII era.  These feature Russian homes, buildings, ruins, and many more. There are some stretch goals for several other pieces that could be used in a historical game.  The scale is 20/22 mm but he provides a scale to convert them to 15mm or 28mm.

3D Print Terrain in the Directory. This Kickstarter has finished.  This really has it all.  Miniatures to print, scatter terrain for a fantasy table.  Dungeon tiles for a role playing game and tons of fun traps.  PLUS, even sci-fi tiles and terrain.  This really does run the gamut.  With the recently released Dragonlock to OpenLOCK clips, you can even combine far more tiles together than ever before.  If you have been waiting for a fairly definitive collection of terrain across genres and types, this is the Kickstarter for you.  They also have add-ons for previous Kickstarters.

Fat Dragon Games in the Directory This Kickstarter has ended.  In it, the author has come up with 11 spaceship designs to be used in your games.  The project is funded, and now there are stretch goals to unlock for those that pledge at the highest tier.

Project Mobius in the Directory Ill Gotten Games in the Directory This kickstarter has ended.  It just got its first backer as I am typing this. This is a great set for those that will be needing Starship decks for Starfinder and other sci-fi games.  These look pretty beefy and well detailed.  This may also work well for some corridor combat for Star Wars Legion, but we will need to see those rules first.

2nd Dynasty in the Directory This Kickstarter has ended.  I’m really not sure what this Kickstarter is exactly.  It has some miniature monsters, some flora and fauna.  It is an entire hodgepodge of models, and I don’t use the term hodgepodge lightly here.  Falkenwelt Modellbau says the files are finished, he is waiting for the Kickstarter to finish and then fund.

What if I don’t have a 3D Printer for this Kickstarter terrain?

For those of you in this boat, I created a guide on how to get prints done if you don’t own one, plus a selection of printers that would be great for this kind of work. 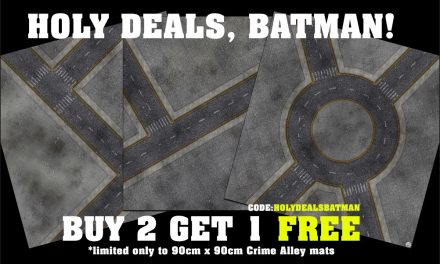 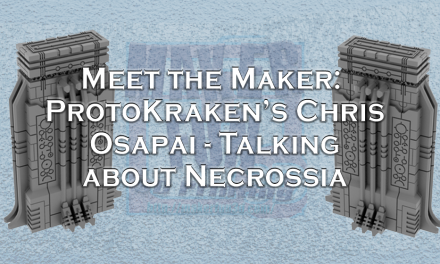