Live build and preview of the JGAurora A5 3D printer

Gearbest has been kind enough to send me the JGAurora A5 to review.  As always, I was sent this printer to test out and show to all of you and not paid for the review.  The JGAurora A5 3D Printer has been making some waves over the past several months.  It has a great looking design that is the most striking visual feature.  That also makes the printer harder to do maintenance on.

Update – 5/28/2018: I’ve had this for a few days now, and have struggled some.  The three prints were outstanding.  After that, I had a lot of problems.  Go to find out, these printers do have an issue with the build plate losing it’s “zero”.  Keep that in mind.  I hope during the review, to have a fix for that.  To me, that is a pretty minor issue overall, but for a 3D Printer that looks to be more appliance than tinker’s printer, I think that could be a big issue.  Since re leveling the bed (much sooner than I am used to) it has printed well.  It’s actually taken one of the top slots on my shelves, so it supplanted my Tevo Tornado.

Technical specs for JGAurora A5

Everyone usually wants to know some about the technical specifications.

It has a heated bed with a ultrabase like material cover it.

It has filament run out and power recovery capabilities.

It really is a lot of printer for the price.

As I go along and use this printer, I’ll post some impressions here.  This is kind of a preview, of the final review.

It’s quiet.  I think it is the quietest 3D Printer I have.  VERY nice, there.

The build plate is very nice.  I got my first 3D Print off it this morning.  It popped right off, no problems.  Barely any force needed.

The Community.  They have a smaller Facebook group, and my initial impression is that the group is very friendly and inviting.  It is always terrific to have a great community that helps support your 3D Printer.  They also have a terrific Wiki for the A5 (And A3s) that is EXTREMELY helpful.  I think a solid, helpful community is always good reflection of the company.

I’ve now listed this in my buying guide.  With my initial print, and initial feelings on this 3D Printer, I think it is a terrific 3D Printer for terrain, cosplay and other uses.  As long as it holds up over many hours, I have very high hopes for this 3D Printer.

I like that they supply enough filament to actually DO something with it.  It’s not that little bit that many 3D Printers come with.  It’s not a full roll by any means, but I kind of want to find more of the color they sent.

I’ve now also added the JGAurora A5 to my 3D Printer purchasing guide.

As I get photos of prints, I’ll add them to the end of this page.

This was sent from Gearbest for review, and it is usually difficult to beat their prices: JGAurora A5  I do have a “deals page” that I find Lightning and other deals including Gearbest coupon codes.

Photos from the JGaurora A5 3D Printer 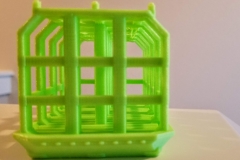 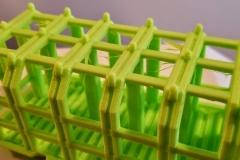 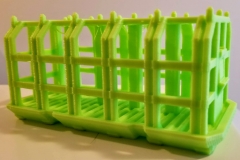