I was fortunate enough to have Elegoo send out a pre-release Saturn for me to test out.  I did my unboxing on March 13 and I have been using it ever since.  If you have a Mars, it’s very similar.  It feels identical, just bigger, which is awesome.  I’m able to print some fairly large pieces of terrain that are impossible on most other 3D Printers like the Mars, Photon, and others.  There will be a gallery to show off prints.  For gamers, this really is a game changer.  The older style resin printers are great for miniatures, but really break down when you need to print something larger. The Saturn gets around this by having a 188 x 115 x 200 mm build volume.  That is still much smaller than the standard FDM printer, but it is a major step up from smaller resin printers.  While my printer shipped with a standard 2K screen, the final versions will have a 4K MONOCHROME screen, so they can print much faster (like the Phrozen Sonic Mini).  I received the Sonic Mini the day after the Saturn and it has been interesting seeing the two working.  One very large, and one a little smaller than standard but it prints fast.  Honestly, I am planning on upgrading the screen as soon as I can for the additional printing speed.  While the additional resolution will be fine, I have not seen any problems in the details of my prints with a 2K screen.  So, 4K is just icing on the cake.

Should you buy the Elegoo Saturn?

This isn’t a review, but a preview.  In my opinion, having used it for 2 months, I would say it is a great 3D Printer.  I DO have a pre-release version that has changed since I received it.  They asked for comments and suggestions and I gave them that feedback early on.  Ultimately speaking, the feedback was very minor.  The printer has a ton of terrific features that set it apart.  For one, it has 4 screws on the bottom of the vat.  They help lead the vat into the printer and help keep it from shifting.  As an added bonus, they also are “feet” for the resin vat keeping the FEP sheet off your work surface.  This is a brilliant idea that makes the printer easier to use.  It’s got very large bolts to hold the bed in place.  That means it will be very difficult to get it out of zero once you have the bed leveled.  With dual linear rails on the Z, it has straight vertical movement and very clean lines.  The display is easy to read, though I do wish it was a bit larger (It looks really small on the large base of the unit).  I have not used the Ethernet port yet, but I plan to soon, but adding network connectivity is a nice addition as well.

Elegoo has been very popular with their Elegoo Mars 3D Printer in he gaming market.  It’s been my go-to resin printer until recently.  The Monochrome screens are a major upgrade on these printers.  It’s really taking things to the next level. 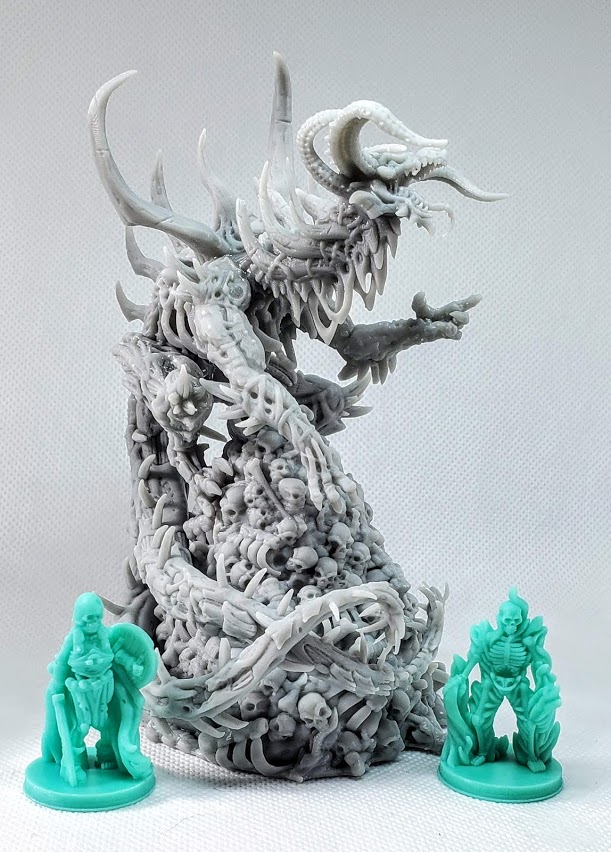 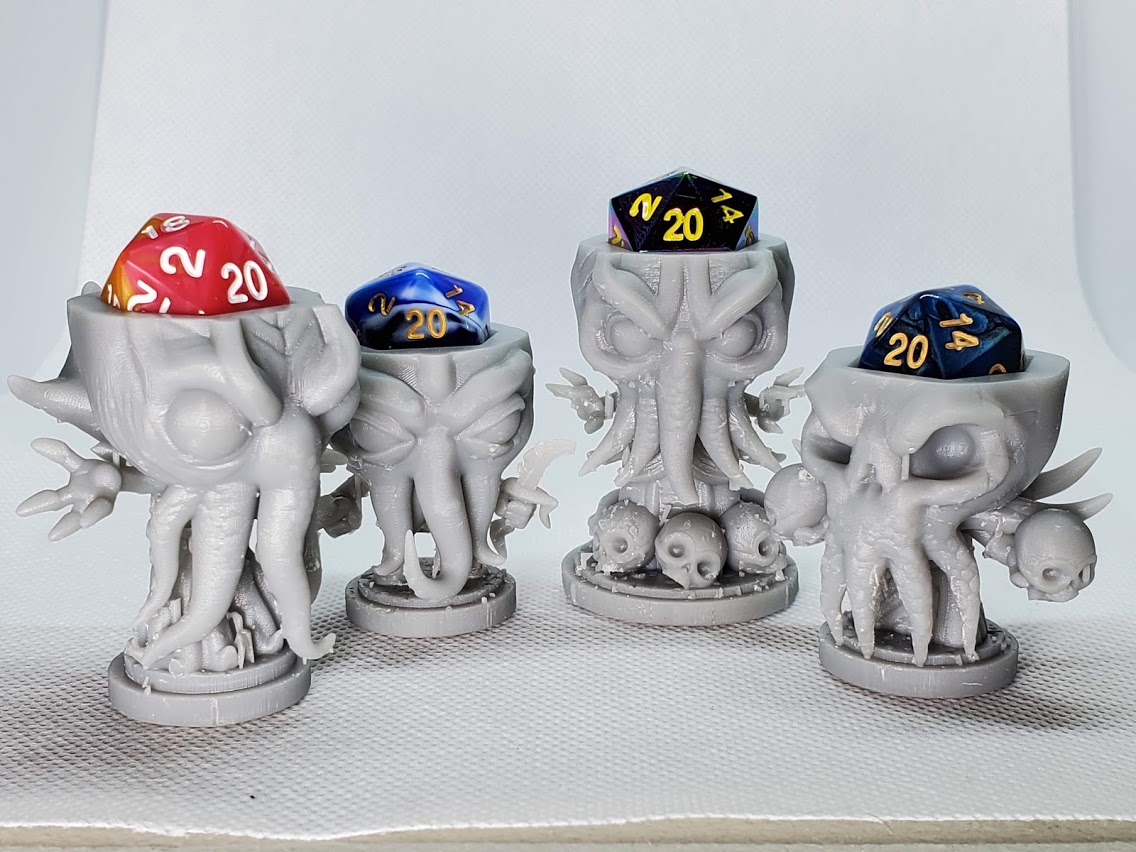 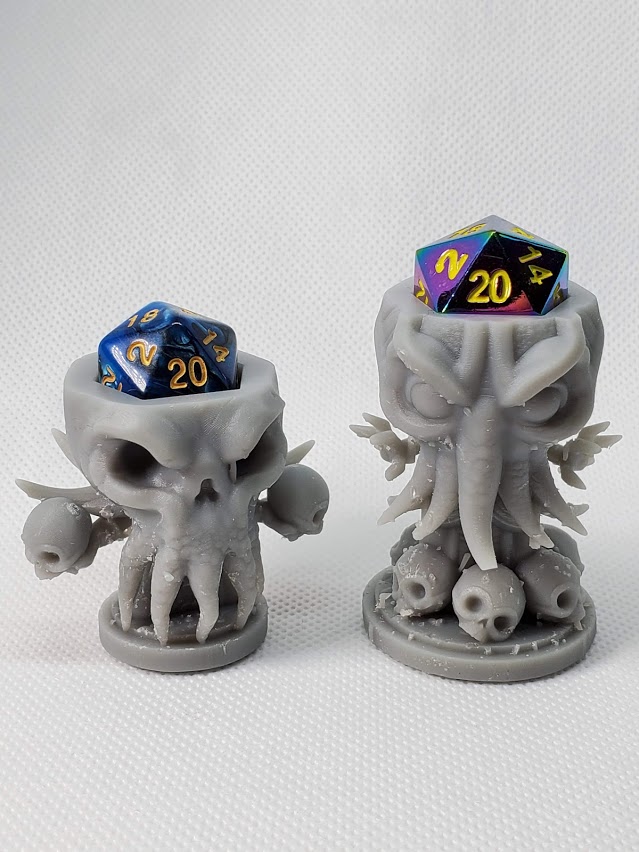 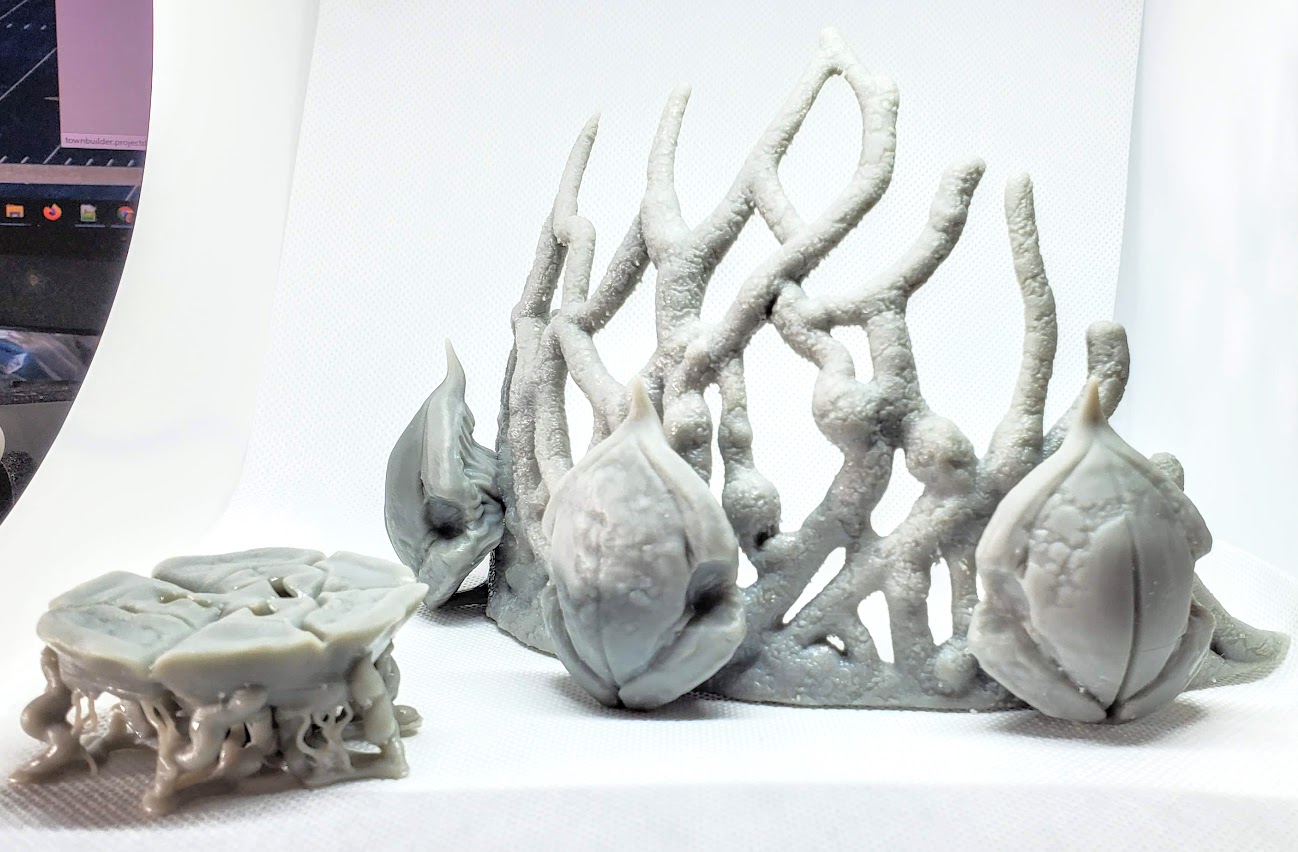 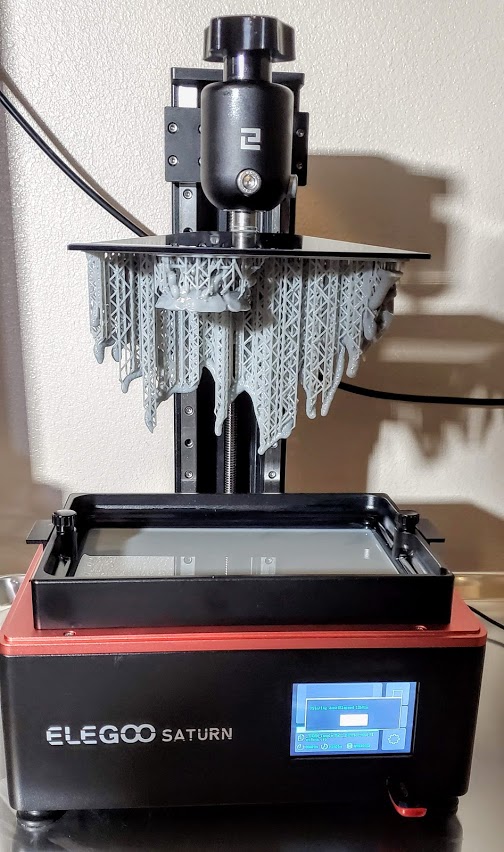 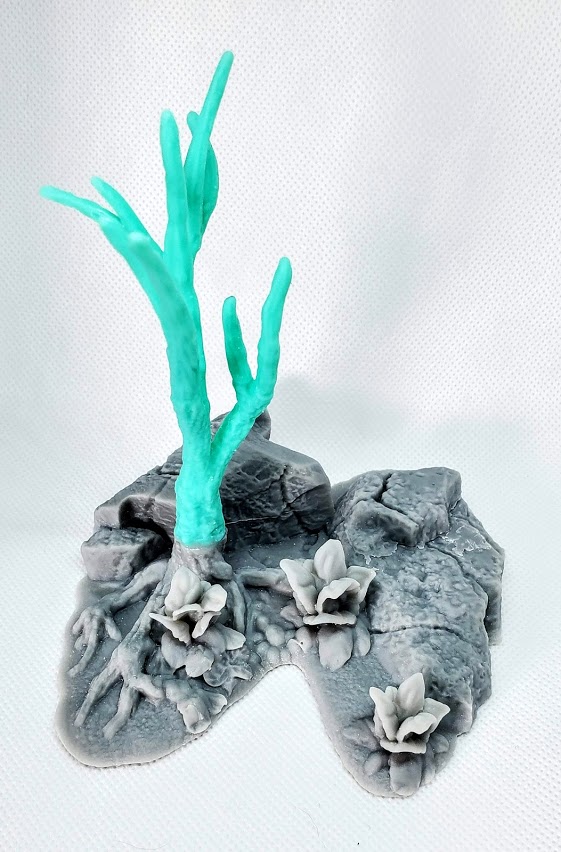 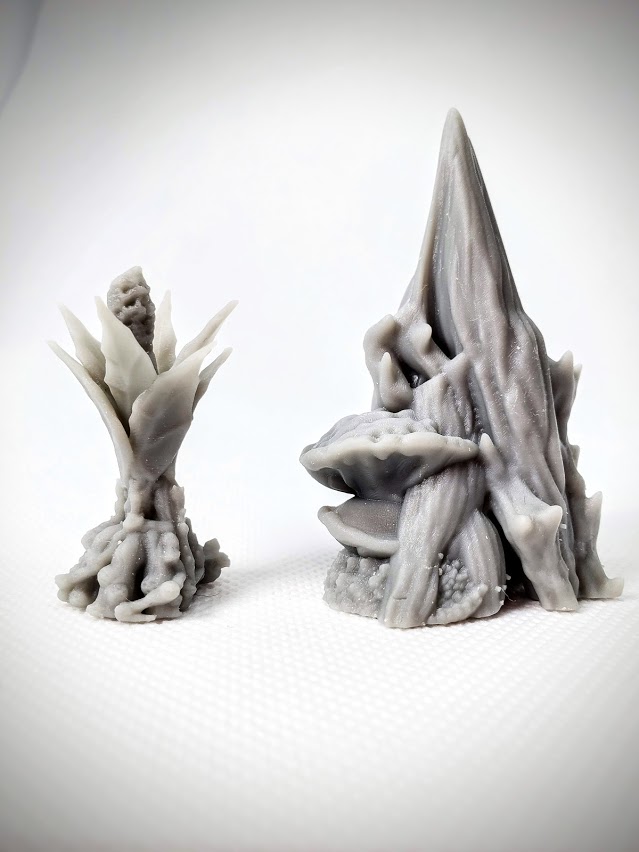 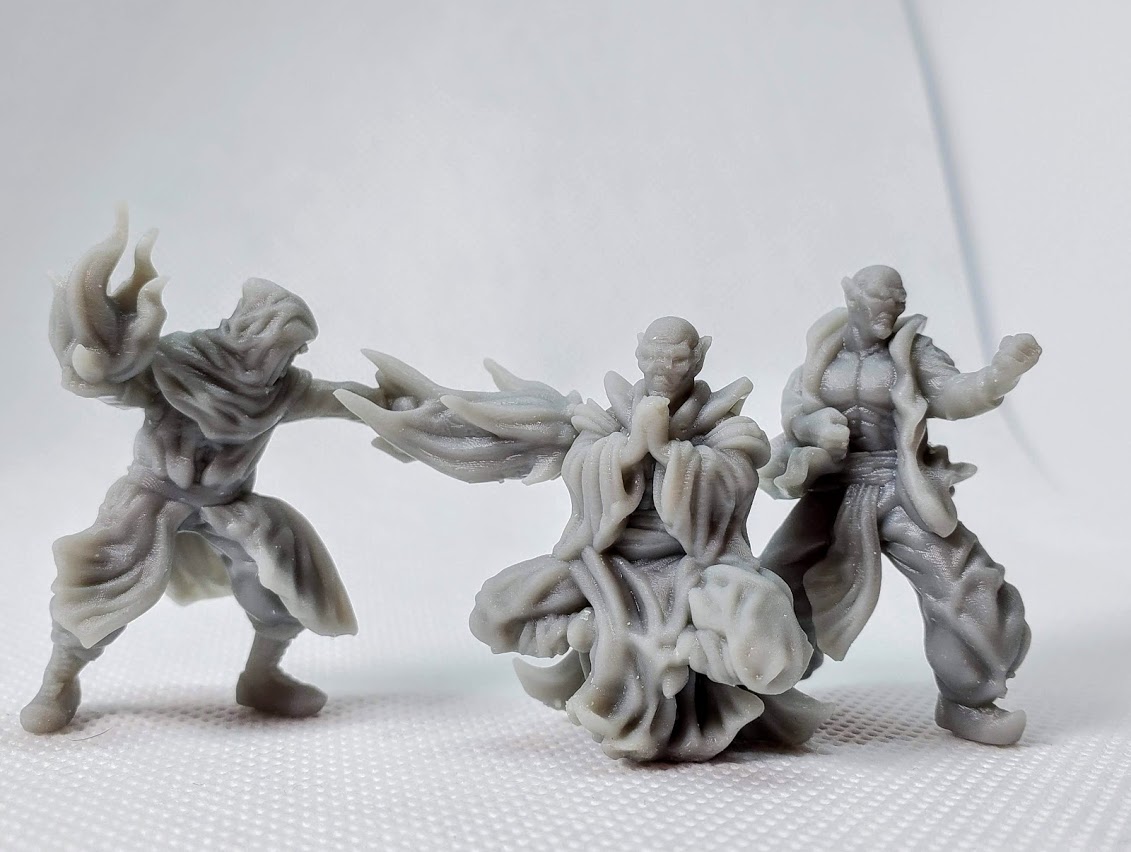